History of our city

General William Palmer, City Founder Garden of the Gods, a public park famous for its towering red rock formations.Colorado Springs was founded in August 1871 by General William Palmer, with the intention of creating a high quality resort community, and was soon nicknamed “Little London” because of the many English tourists who came. Nearby Pikes Peak and the Garden of the Gods made the city’s location a natural.

Within two years his flagship resort the Antlers Hotel opened, welcoming U.S. and international travelers as well as health-seekers looking for the high altitude and dry climate, and Palmer’s visions of a thriving, quality resort town were coming true. Soon after he founded and owned the Denver & Rio Grande Railroad, a critical regional railroad. Afterwards he maintained his presence in the city’s early days by making many grants or sales of land to many important civic institutions in the community. Palmer and his wife saw Colorado Springs develop into one of the most popular travel destinations in the United States.

The town of Palmer Lake and a geographic feature called the Palmer Divide (and other more minor features) are named after him, and a bronze sculpture of Palmer on his horse is prominently displayed downtown in the center of a busy intersection.

America the Beautiful was written by visiting English professor Katharine Lee Bates in August 1893, while she stayed at the Antlers Hotel after visiting the top of nearby Pikes Peak.

In its earliest days of 1859-1860, Colorado City was a major supply route of supplies for miners in the South Park, where a major strike in the Colorado Gold Rush was found. Routes further north from present-day Denver’s area proved more effective, and as only a few very minor gold finds were made in the Pikes Peak region, commerce instead shifted towards serving the agriculture of Colorado’s eastern plains. (Eventually General Palmer’s Denver & Rio Grande Railroad would snake from Denver into the South Park.)

Colorado City was the county seat of El Paso County until 1873, when the courthouse moved to Colorado Springs.

In 1891, major gold strikes were made in Cripple Creek and Victor, on the other side of Pike’s Peak from Colorado City, and suddenly supplies were needed for this last major phase of the Colorado Gold Rush and the town’s big boom was on. Eventually Colorado City was processing much of the gold ore as Palmer’s railroads connected the areas.

Peterson AFB, Colorado Springs.In 1891, Winfield Scott Stratton discovered and developed one of the richest gold mines on earth in the nearby Cripple Creek and Victor area, and was perhaps the most generous early contributor to those communities and to Colorado Springs.

After he made his fortune he declined to build a mansion as the other gold rush millionaires were doing; instead, in later years, he lived in a house in Colorado Springs he had built when he was a carpenter in pre-gold days.

In Colorado Springs, he funded the Myron Stratton Home for housing itinerant children and the elderly, donated land for City Hall, the Post Office, the Courthouse (which now houses the Pioneer Museum), and a park; he also greatly expanded the city’s trolley car system and built the Mining Exchange building, and gave to all three communities in many other ways, great and small.

Unfortunately, as Stratton’s generosity became known, he also was approached by many people looking for money, and he became reclusive and eccentric in his later years.

Spencer Penrose also made his mark on Colorado Springs in its early years—though not until two decades after its founding. Penrose started as a ladies-man and an adventurer who made a huge fortune in the gold fields of nearby Cripple Creek in the 1890s, then married Julie Villiers Lewis McMillan, and settled down considerably.

Penrose used his vast amounts of money to invest in other national mineral concerns and financed construction of the Broadmoor Hotel, the Cheyenne Mountain Zoo, the Will Rogers Shrine of the Sun, the Pikes Peak Highway, an important local hospital, and established the El Pomar Foundation, which still oversees many of his contributions in Colorado Springs today.

The End of the Colorado Gold Rush

The flow of gold and silver ebbed as the decades passed, and Colorado City’s economic fortunes faded with it; the miners and those who processed the ore left or retired and the town was absorbed by Colorado Springs in 1917. Then “Old Colorado City” became a quaint old Victorian and brick neighborhood in the west part of Colorado Springs, with National Historic District status and a bustling main street of businesses, tourism, antique shops, and Victorian charm.

The Army then began expanding Camp Carson, a venture that increased growth in Colorado Springs and provided a significant area of industry for the city. After World War II the military stepped away from the Springs and it seemed the city’s military boom was over, Camp Carson was declining and the military was activating and deactivating Peterson Field irregularly. That all changed when the Korean War erupted and the declining Camp Carson of 600 was revitalized, along with many other parts of the Springs.

The military boom continued and in 1963, NORAD’s main facility was built in Cheyenne Mountain. It placed NORAD directly next to Colorado Springs and permanently secured the city’s military presence. During the Cold War the city greatly expanded due to increased revenue from various industries and the prevailing military presence in the city. This presence was further increased in 1983 with the founding of Schriever Air Force Base, a base primarily tasked with missile defense and satellite control. Fort Carson and Peterson are still growing and continue to contribute to the city’s growth. Headquarters, Air Force Space Command, is located on Peterson AFB. 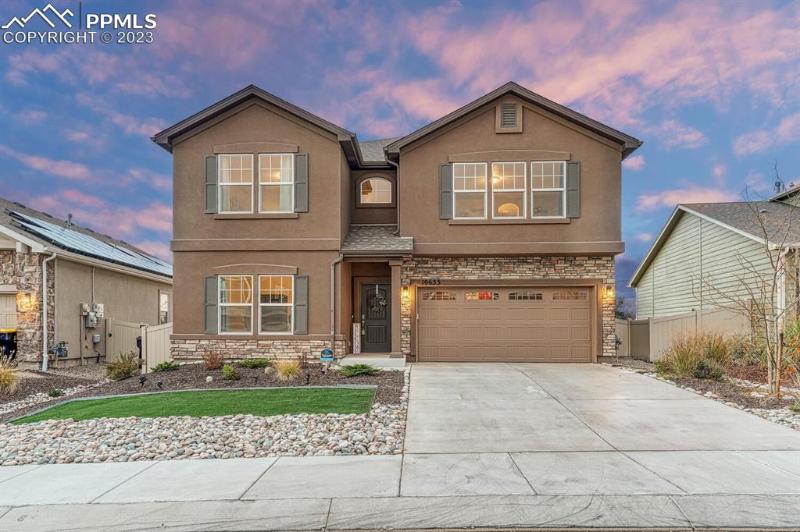